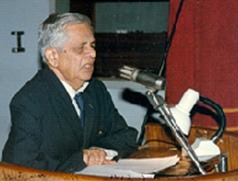 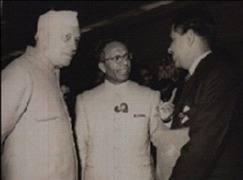 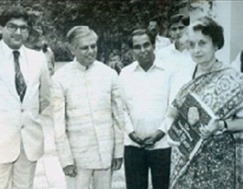 Dr. Shikaripur Ranganatha Rao (1st July,1922-Jan 3, 2013) was at the forefront of Indian archaeology for many decades. He was an internationally renowned archaeologist, a distinguished researcher, and an ardent lover of arts. His excavations of the Indus Valley site of Lothal, reading of the Indus Script and his discovery of Dvaraka were some of his many outstanding achievements. He served as the Superintending Archaeologist in the Archaeological Survey of India for fifty years and after retirement was appointed as Emeritus Scientist (C.S.I.R.) and Advisor in National Institute of Oceanography (NIO).

Dr. S.R.Rao excavated about fifty Harappan, Late Harappan and Post Harappan sites in India. By his discovery and excavations at the Harappan port town of Lothal  in Gujarat (1952- 65)   proved that the Indus Valley Civilization had extended till Gujarat and contained the earliest dockyard in the world. His method of excavation convinced archaeologists, that the Indus Civilization was finally destroyed by tectonic disturbances and not due to war between Aryans and Dravidians.

Dr.Rao began his investigations into the challenging field of the Indus script and language in 1967 and worked on it till 2012.  His scientific excavations in Lothal had shown that the Indus script was evolutionary in nature. The simplification of Indus script noticed at Lothal enabled him to decipher the script and publish his findings in The Decipherment of the Indus Script in 1982. He established that the Indus language was an Indo Aryan and related to the Indo –European, particularly Indo-Iranian group of languages.  He also proved that the script was pictorial at first and evolved into an alphabetic system around 1700 B.C. He broke the grounds for its reading, convincing scholars about its relation with the Semitic script and the (Old Indo-Aryan) Rgvedic language. In fact, he was one of the earliest scholars to state that the Indus Valley and the Rgvedic civilizations were the same on linguistic and archaeological basis.

After serving in the Archaeological Survey of India, Dr.Rao turned increasingly toward scientific investigation underwater. In 1980, he discovered the legendary city of Dvaraka built by Lord Krishna which had been submerged underwater. From 1981 to 1995 he directed scientific underwater excavations that won him instant international recognition. Here he solved the post –Harappan puzzle in Gujarat;   proved the validity of the epics, and placed mythology within the pages of history. He introduced the discipline of Marine Archaeology in India, organized the Marine Archaeological Society, edited the Journal of Marine Archaeology holding Annual International Marine Archaeology Conference  including the   International Committee on Under Water Cultural Heritage (ICOMOS).  He established the  ‘First Alphabet Gallery of Indus Script in Tirupati, and established art museums at Lothal, Aihole, Pattadakal, Badami and  Keladi and  renovated village monuments for the Dharmasthala Trust.